Gerry Ward  | April 10, 2017
There are some sure signs of spring in my neighbourhood. I’ve seen a robin, and I’ve observed the flickers announcing their presence through drumming on streetlamps and chimneys. But for me the most reliable tracking of spring has been my yearly sighting of the first prairie crocus. I have been photographing my first crocus and sharing to Flickr every year for almost 10 years. This year was no exception, but I found to my surprise that I am not alone in this pursuit. On Twitter, #crocuswatch17 is an active hashtag for users celebrating their first crocus sighting. 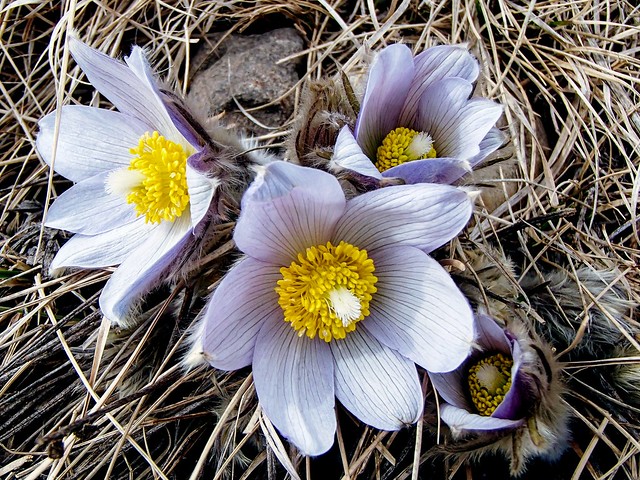 The prairie crocus, Anemone patens, is the floral emblem of both Manitoba and South Dakota, and can be found prominently on the Winnipeg Coat of Arms. It is the first flower to bloom on the prairies in the spring. This year, I had a Flickr friend asking me when I was going to post my annual crocus. I kept checking, but the first one I saw was on April 5. I knew it was coming as a friend from Drumheller had already posted his crocus shot on April 1. Yet another commenter from Provost, an area north east of Calgary, complained to me that he was not expecting to see the crocuses for another week.

Our North American crocuses are in the buttercup family. Early Europeans mistook them for the crocuses in their homelands which are in the iris family. Both fill a similar niche in their respective continents. Some European crocus species have important agricultural value and have stimulated genomic research at the University of Copenhagen. 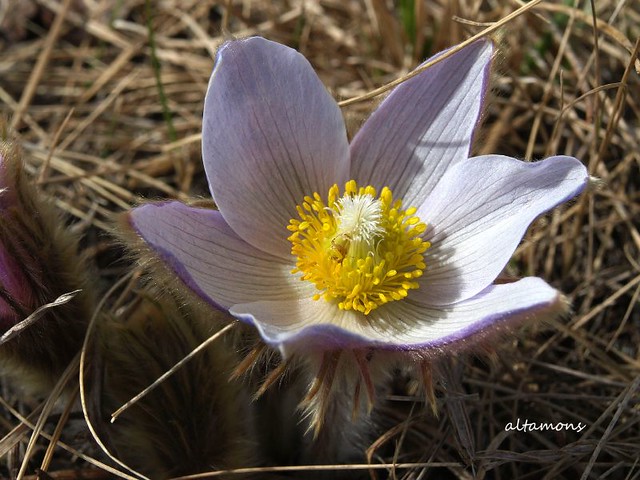 Anemone patens seems particularly well suited to its role. Take a look as the flower shaped like a solar collector seems to have evolved to concentrate the heat to the centre where the important reproductive parts soak up the sun and attract early bees to stop by for some warmth. These plants, though well suited for the prairie, are not able to adapt to the changing conditions of habitat loss. They can take years of growing before flowering for the first time and do not grow on disturbed soil. Thus, as the prairies fell to the plow, the abundance of the crocus went with the fescue grasses into a major decline.

If we want to continue to enjoy these flowers in the spring, it is important to protect the remaining rangeland habitat. Avoid picking the flowers, and don’t bother trying to dig up and transplant the established plant. You probably won’t be successful. Do carry a camera and take the best photos you can. You will appreciate looking back and remembering the arrival of spring. 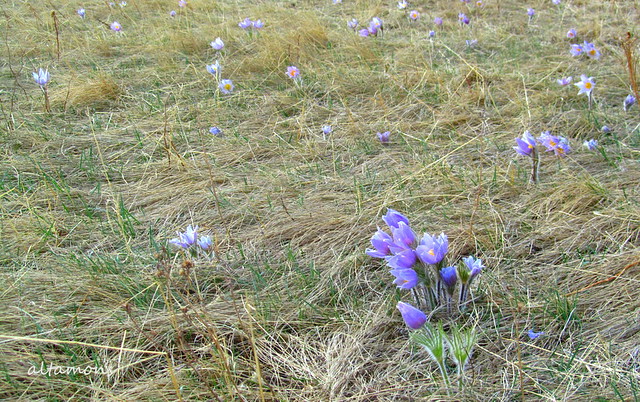 Link of interest:
University of Copenhagen - Department of Plant and Environmental Science